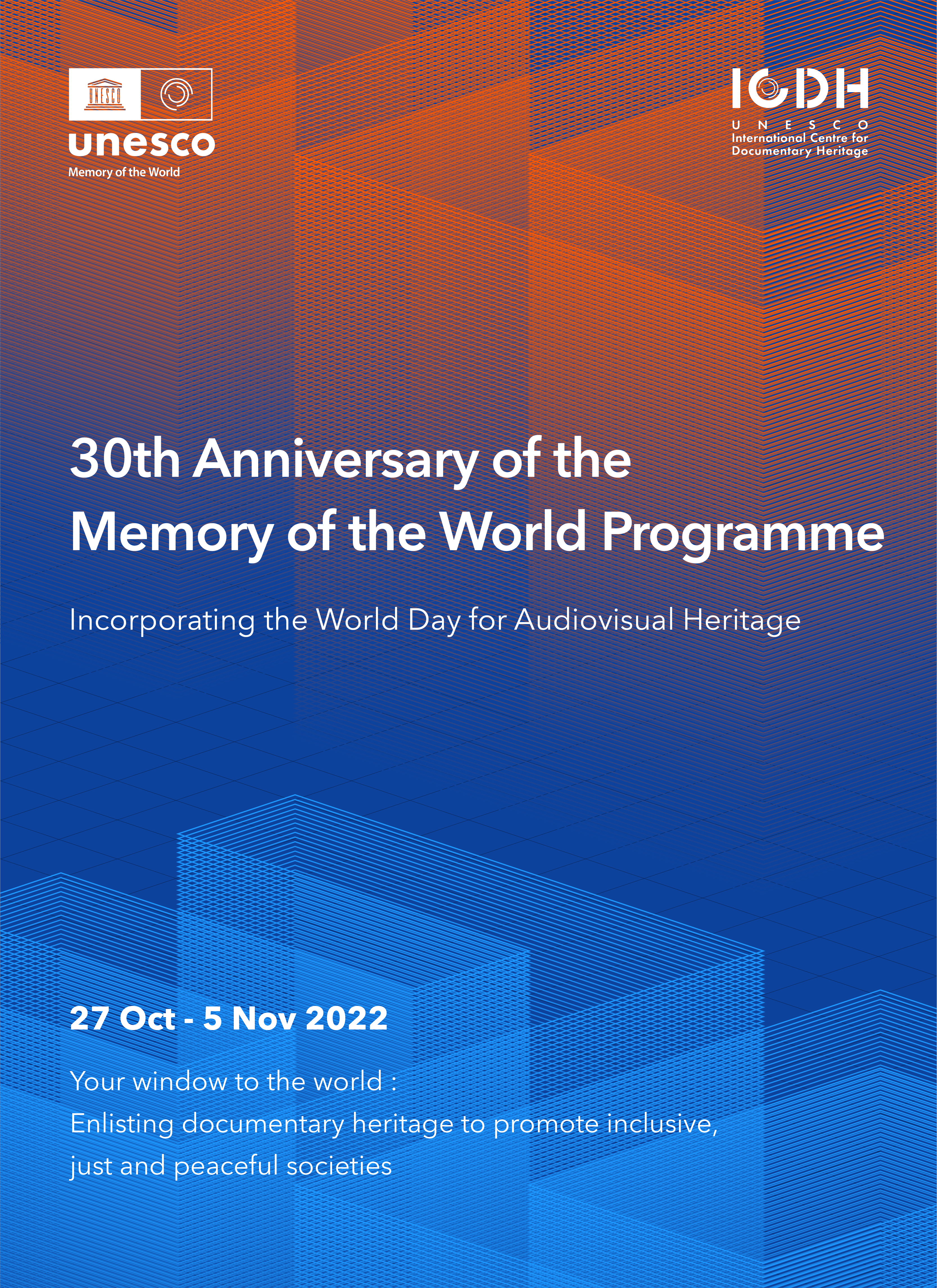 The UNESCO International Centre for Documentary Heritage(hereafter ICDH) co-managed the Celebration of the 30th anniversary of the UNESCO Memory of the World(MoW) Programme dating from 27 October to 5 November 2022 at the UNESCO Headquarters in Paris, France.
- UNESCO embarked on the Memory of the World programme in 1992 to preserve diverse memories of humankind and share them with each other. The 30th-anniversary celebration opened on 27 October, World Day for Audiovisual Heritage.

The celebration was held under the theme "Your Window to the World: Enlisting documentary heritage to promote inclusive, just and peaceful societies" and consisted of a Global symposium, Roundtable meeting, MoW exhibitions, etc. 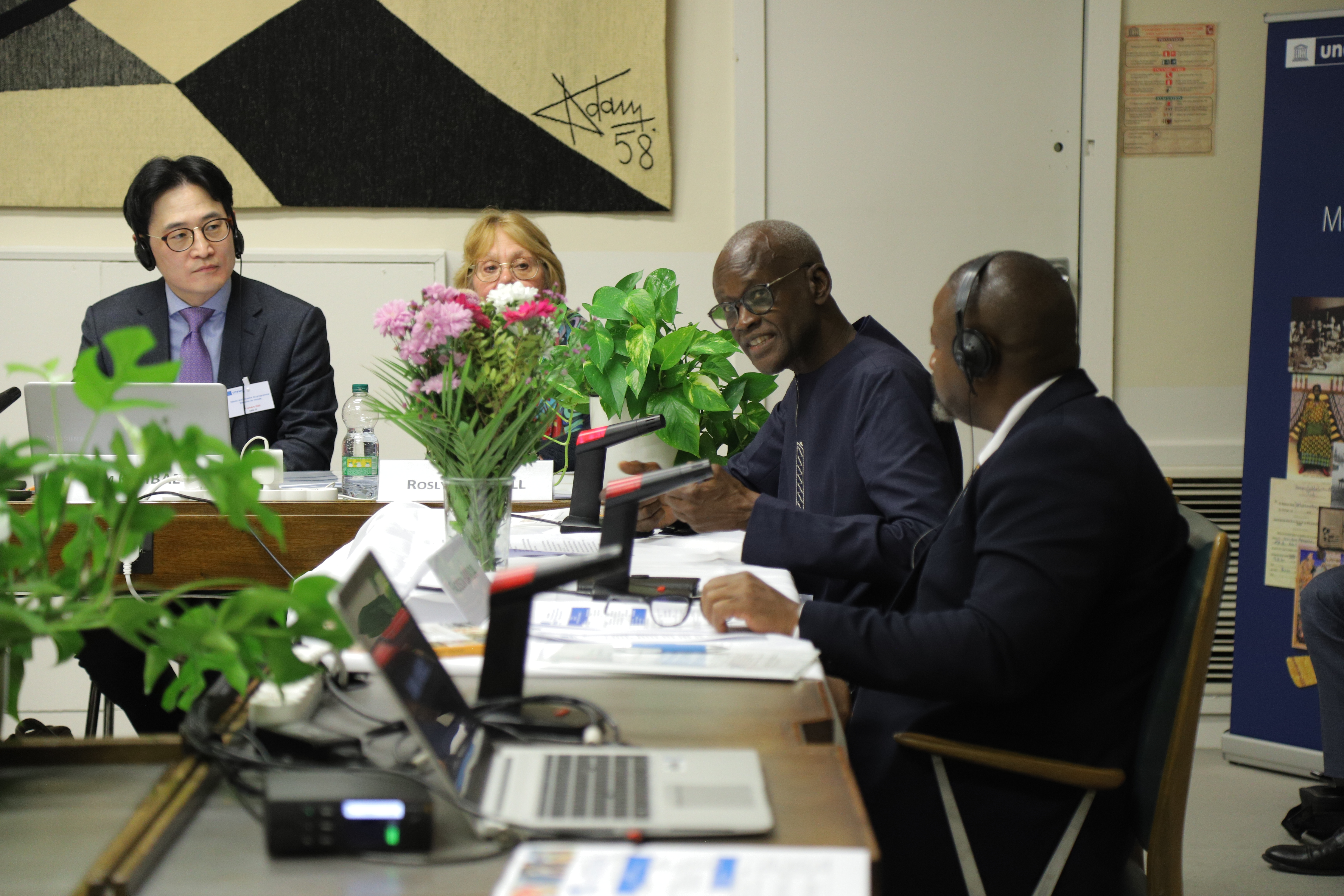 Distinguished figures attended the Symposium, including UNESCO ADG Jelassi Tawfik, Chairs of the MoW regional committees.
On the day, ICDH Chair CHOI, Jaehee delivered a speech on the sustainable development of MoW and ICDH's role.

Followed by the Symposium, professionals in the documentary heritage field gathered and discussed the development of the monitoring system for the safe preservation and management of MoW inscriptions.

In celebrating the 30th anniversary, UNESCO seeks to go beyond safeguarding and preserving documentary heritage and emphasize its utilization and universal access. Put differently, UNESCO aims to proactively pass down documentary heritage by harnessing its educational potential and keeping its significance and value.