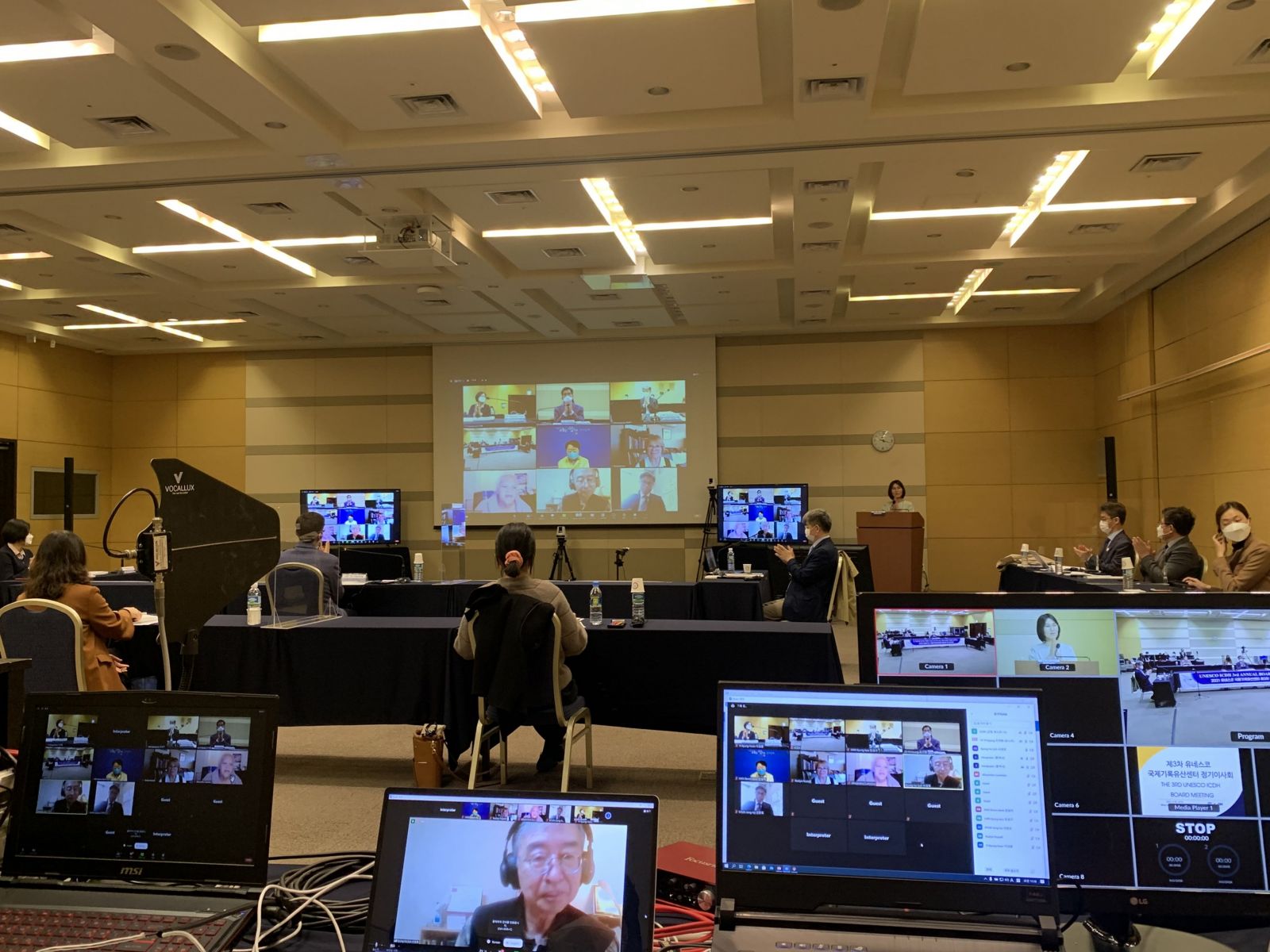 ▲ The 3rd Board Meeting of the International Centre for Documentary Heritage
The UNESCO International Centre for Documentary Heritage hosted the third regular board of directors meeting on the 18th of March. The meeting was held face-to-face(Daejeon Convention Centre) and online(Zoom) simultaneously, carefully organized under the secretariat’s quarantine control.

The UNESCO International Centre for Documentary Heritage launched in July 2020 as an international organization established under the agreement between the government of the Republic of Korea and UNESCO. As the world's first UNESCO Memory Heritage Center, it performs tasks to strengthen the capacity of documentary heritages, including supporting documentary heritage monitoring system, enhancing the capacity of preservation and utilization, building information hubs and networks, and creating educative and utilization contents.

In particular, the Secretariat reported the status of the programmes and major pending issues in 2020, and received approval for 2021’s programme plans based on UNESCO's mid-term strategy and UN Agenda 2030. (See table below)

In addition, Han Kyung-koo, secretary-general of UNESCO's Korean Committee, was appointed as a new director and will serve until the expiration of his position. 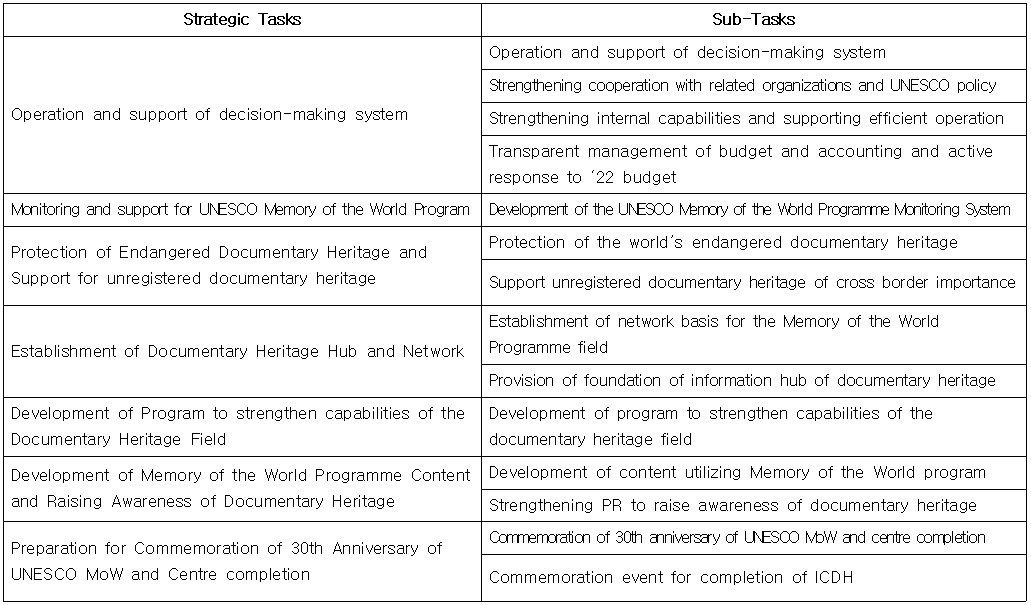