ICDH hosts its 4th Board Meeting
New appointments of Board Members and Directors, with further discussions on the Centre's 2022 planning 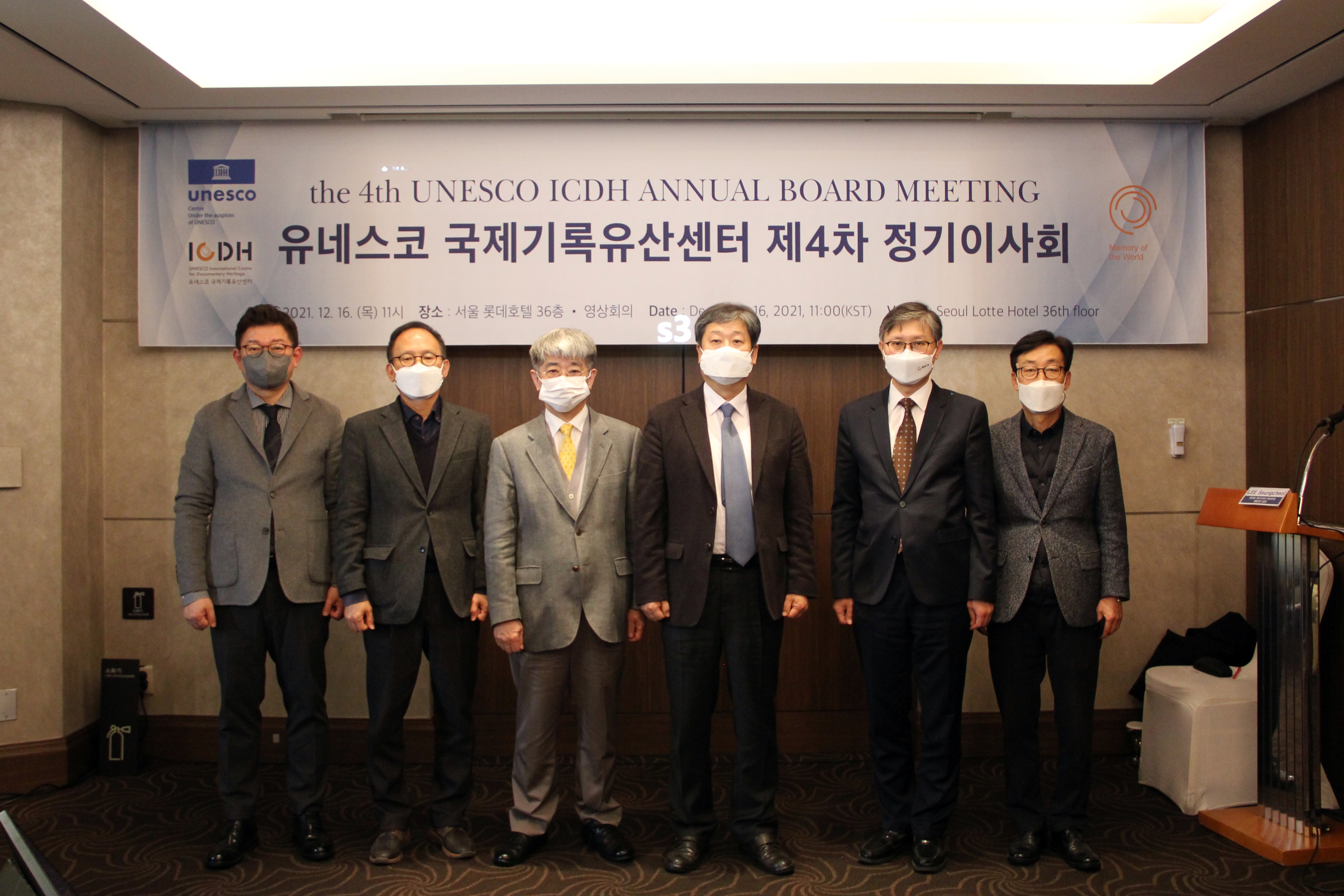 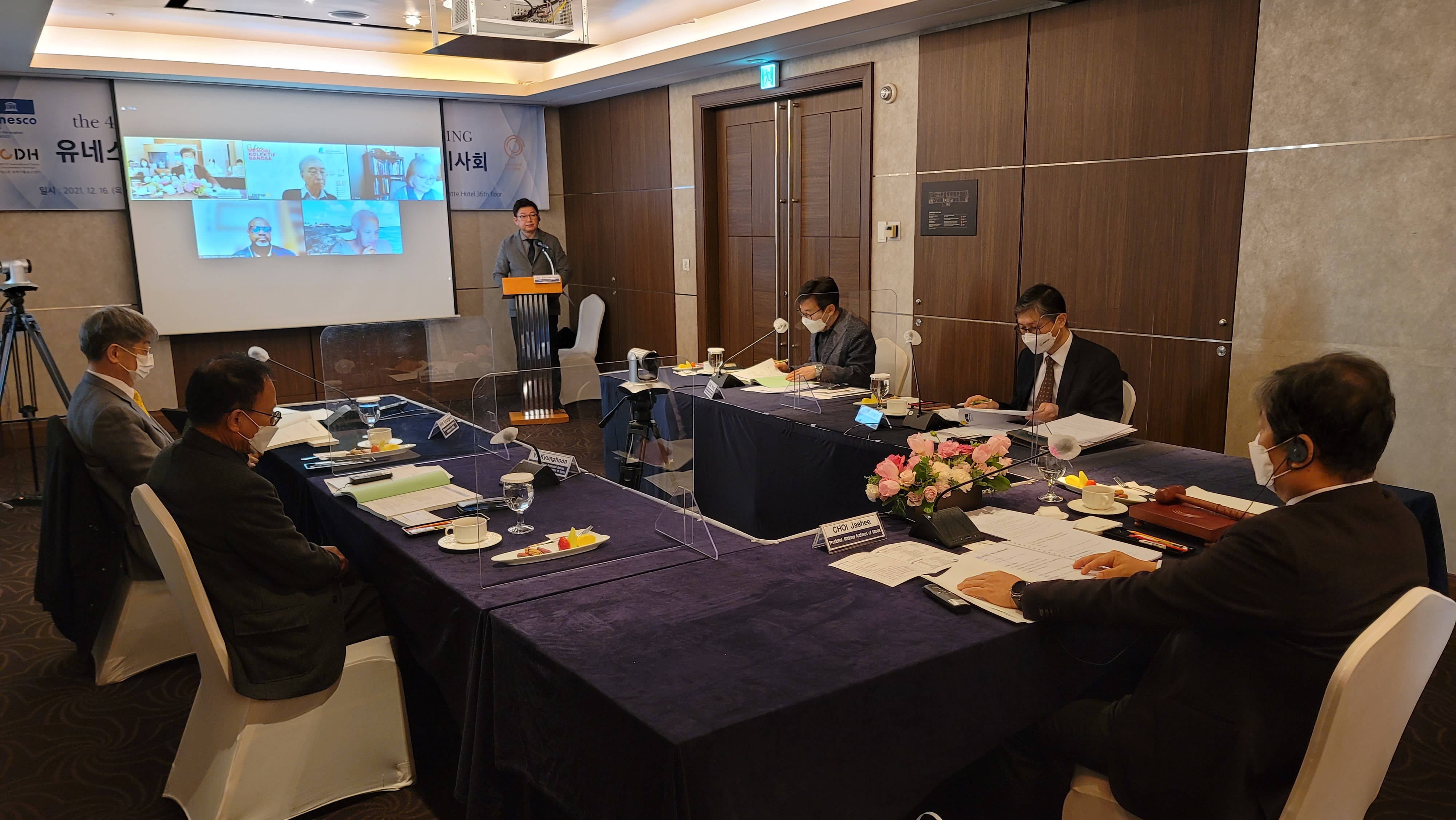 The UNESCO International Center for Documentary Heritage (hereafter ICDH) held its 4th Board Meeting presented on-site and online at Lotte Hotel, Seoul on December 16 (Chairman Choi Jae-hee, Director of the National Archives of the Republic of Korea). Having Chairman Choi Jae-hee, nine agendas were addressed: the Centre's 2022 work plan and budget, approval of the Secretary-General recruitment plan, and the appointment of a new director and executive committee members.

The meeting concluded with appointing Tawfik Jelassi (Assistant Secretary-General of UNESCO's Information and Communication Sector), as new Board Member, and Lee Ju-won (UNESCO Manager at the Ministry of Foreign Affairs of the Republic of Korea) and Choi Jong-moon, (SK Hynix's External Cooperation Team) as members of the executive committee.

The meeting continued addressing major strategic tasks for 2022, such as Memory of the World (hereafter MoW) inscription monitoring, protection of endangered heritage and support for potential documentary heritage, and awareness-raising.

With 2022 marking the 30th anniversary of UNESCO's MoW Programme, ICDH aims to develop its professionalism as an international organization established for documentary heritage. The Centre is about to operate a commemorative project for the MoW programme's 30th anniversary and further plans to support the preservation and utilization of documentary heritage. With further ODA projects, it is expected that cooperation ties with UNESCO will strengthen on. Positive evaluations were made by directors on the smooth operation of ICDH's organizational and business operations despite the impact of COVID-19, alongside expectations to continue to play a pivotal role in the 30th-anniversary project.

In 2022, the ICDH secretariat building construction is to proceed with the active support of Cheongju City. The construction will last for a year, and the infrastructure will be the hub for ICDH and documentary heritage. The building will include public-friendly venues such as display exhibitions, meeting halls, and a compound cultural space for documentary heritage, developing the connection of the Centre and the public.
목록